Edit: The injunction brought against the Guardian has now been lifted, as the social media noise generated had made it damn near useless.

However there is still plenty to shout about:

"The Commons' gag is not the only issue. The there is also the September 11, 2009 secret gag, which is presumably still in force, and Independent, has removed from its site, without explanation, its Sep 17 investigative article on the issue "Toxic shame: Thousands injured in African city". The reasons are currently unknown to WikiLeaks."

Trafigura (through Carter-Ruck) also suing the BBC RE it's investigative reporting into the alleged Ivory Coast dumping.

This isn't just about the freedom of the press, it's about accountability, too.

To protest against the Guardian Gag, ordered by Carter-Ruck, blocking reporting of the goings on of our OWN PARLIAMENT (and for no other reason than the protection of corrupt private enterprise) we are going to GAG THEM

Silent flashmob, come stand silently out side the offices of Carter-Ruck (map below), gagged with a piece of black fabric.

We won't be breaking the law, they, and the people they represent are.

Take pictures, get the noise out there. 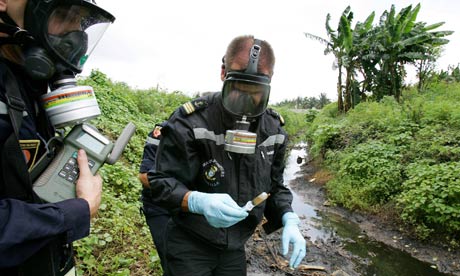 The gag is generally considered in the Blogosphere to be to do with toxic dumping by the reprehensible Trafigura, to read more about their appalling practices read here or listen here. You can also follow the #guardiangag hastag on twitter for more reactions.

"[Trafigura] has also threatened journalists in the Netherlands and Norway, but the law is less kind to such plaintiffs in those countries, and its threats were taken less seriously.

In Britain, libel (or defamation) is used as the rich man's sedition law, stifling criticism and exposure of all kinds of malpractice" Monboit writing here

Speak out against enforced silence.

This might be important -- perhaps put it in your post. You can see the gagged report on the toxic dumping at Wikileaks: http://www.wikileaks.com/wiki/Minton_report:_Trafigura_Toxic_dumping_along_the_Ivory_Coast_broke_EU_regulations,_14_Sep_2006

A Conservatory in Clerkenwell

I am a digitalista and I like media stuff

I think therefore I am... not doing much else.

'Either a visionary or a Taff timewaster' - Jeremy Paxman, BBC Newsnight

Pete, not at work.

An attempt to enhance the accountability of the new London mayoralty

Soldier of fortune (well, in a freelance software test type of way). Web. Mobile. Gadgets. This is how I roll.

I like looking, doing, pointing, sitting, blinking, sneezing, youth work and Science (with a capital S).

BarCamp is an ad-hoc gathering born from the desire for people to share and learn in an open environment. And we are having one in Bradford, UK

Also known as neko, blogging about archaeological research in the UK and other things besides

@mrlockyer is without a doubt the best way to share and discover what is happening right now (in @mrlockyer's life that is).